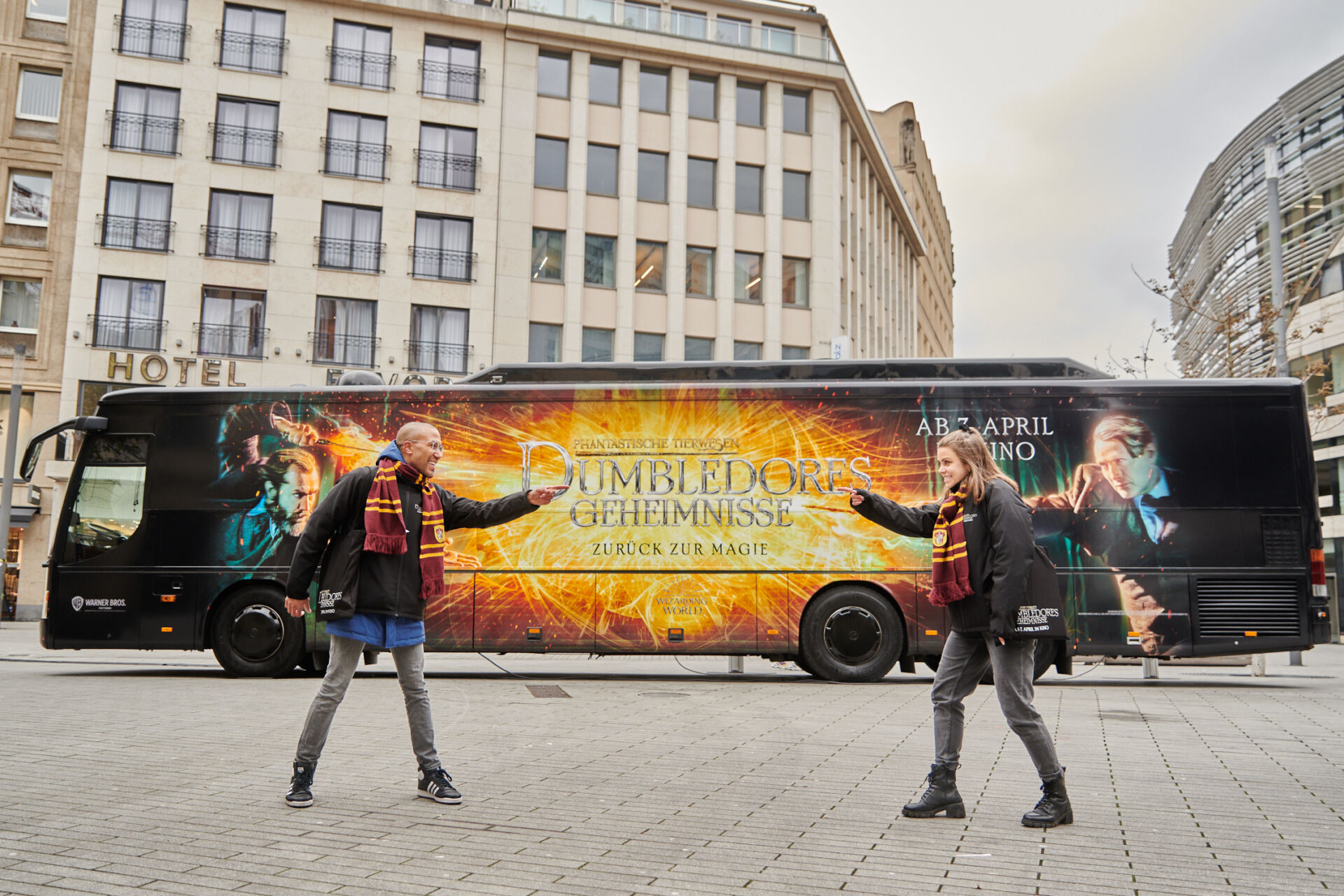 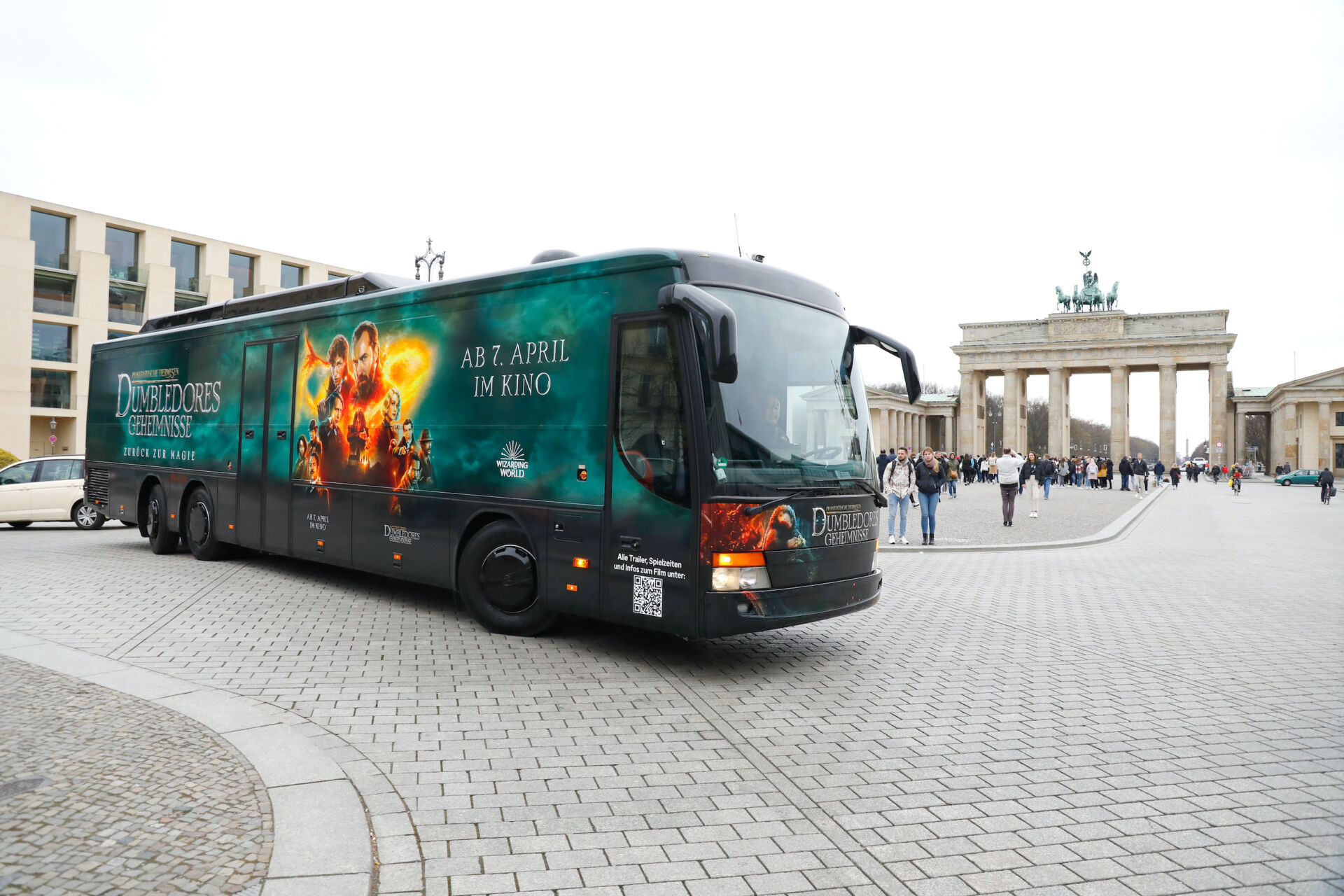 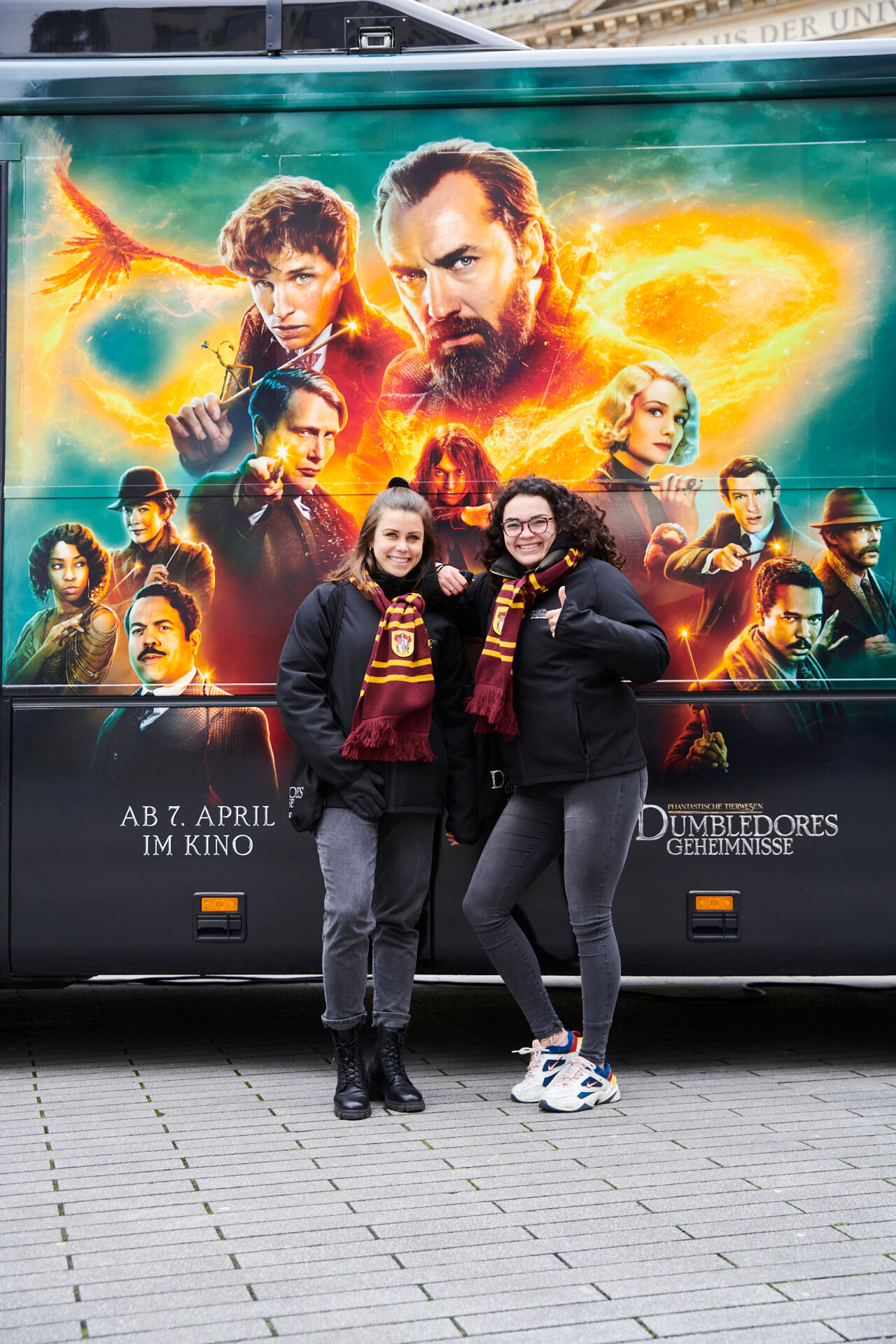 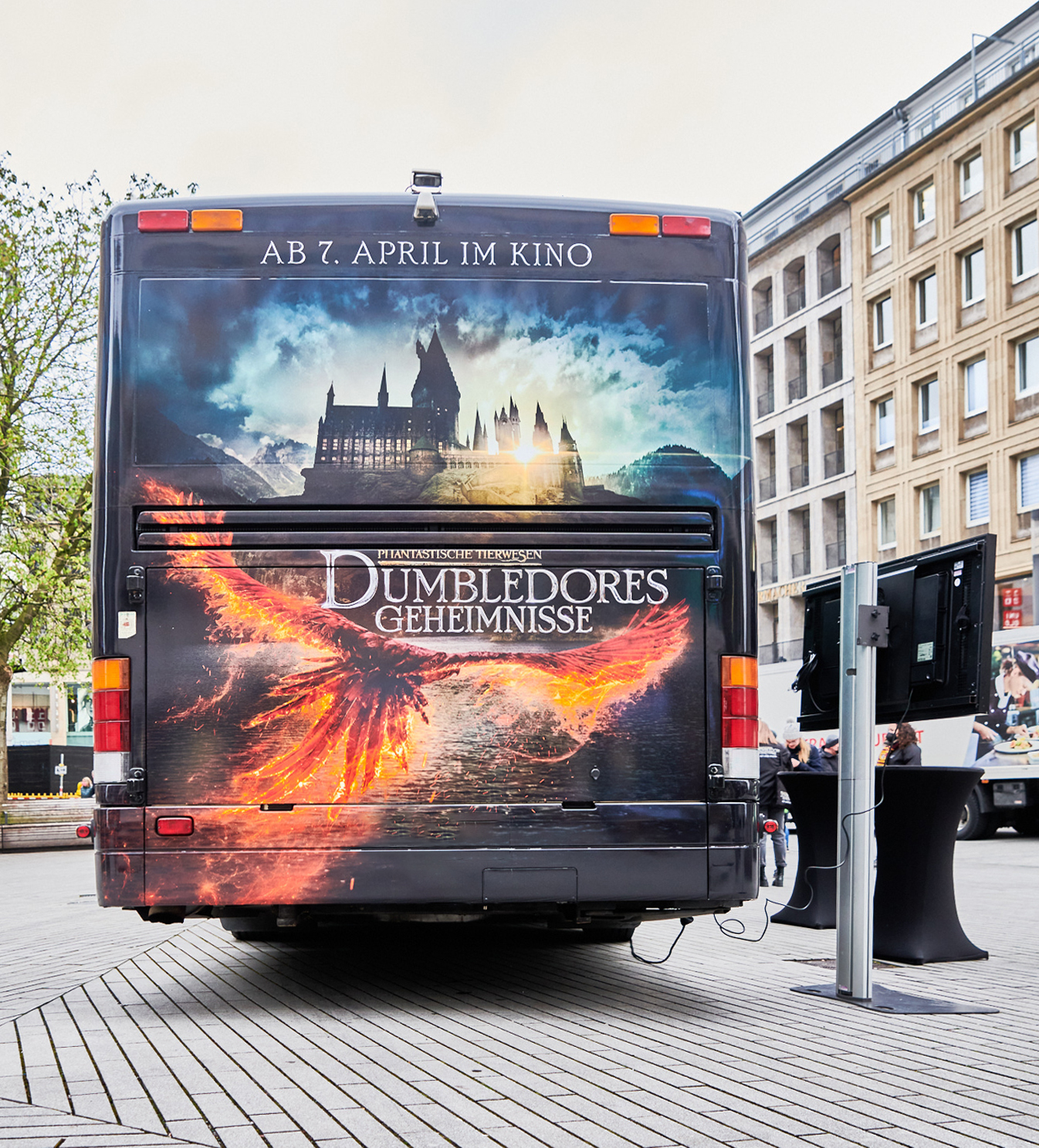 To bring the fantastic beasts directly to the fans, our official FANTASTIC BEASTS: THE SECRETS OF DUMBLEDORE bus magically appeared in 10 cities in Germany. The wizards and witches who could tell us how many fantastic beasts had hidden around the bus received a little finder’s reward from our on-site team of Magizoologists.