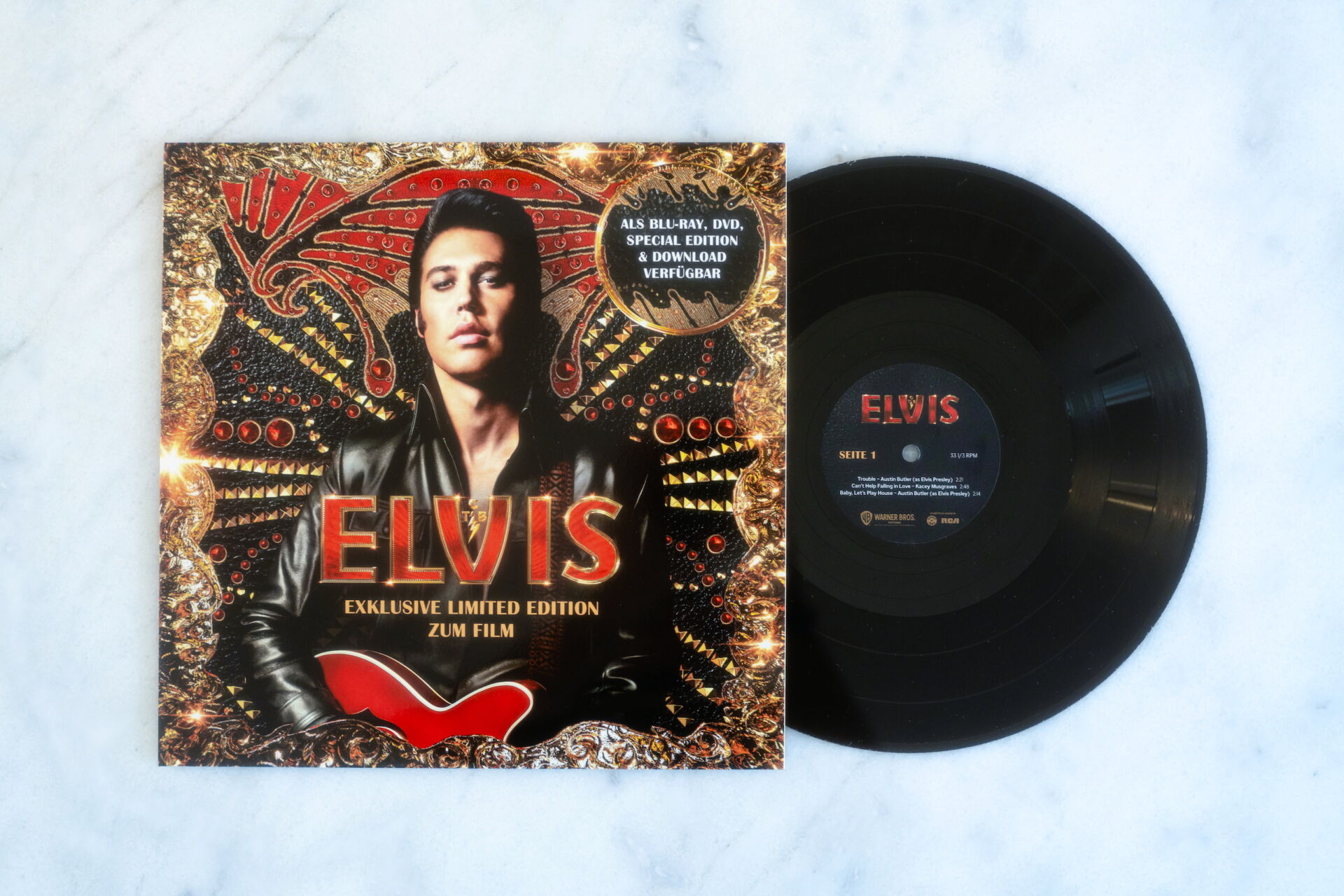 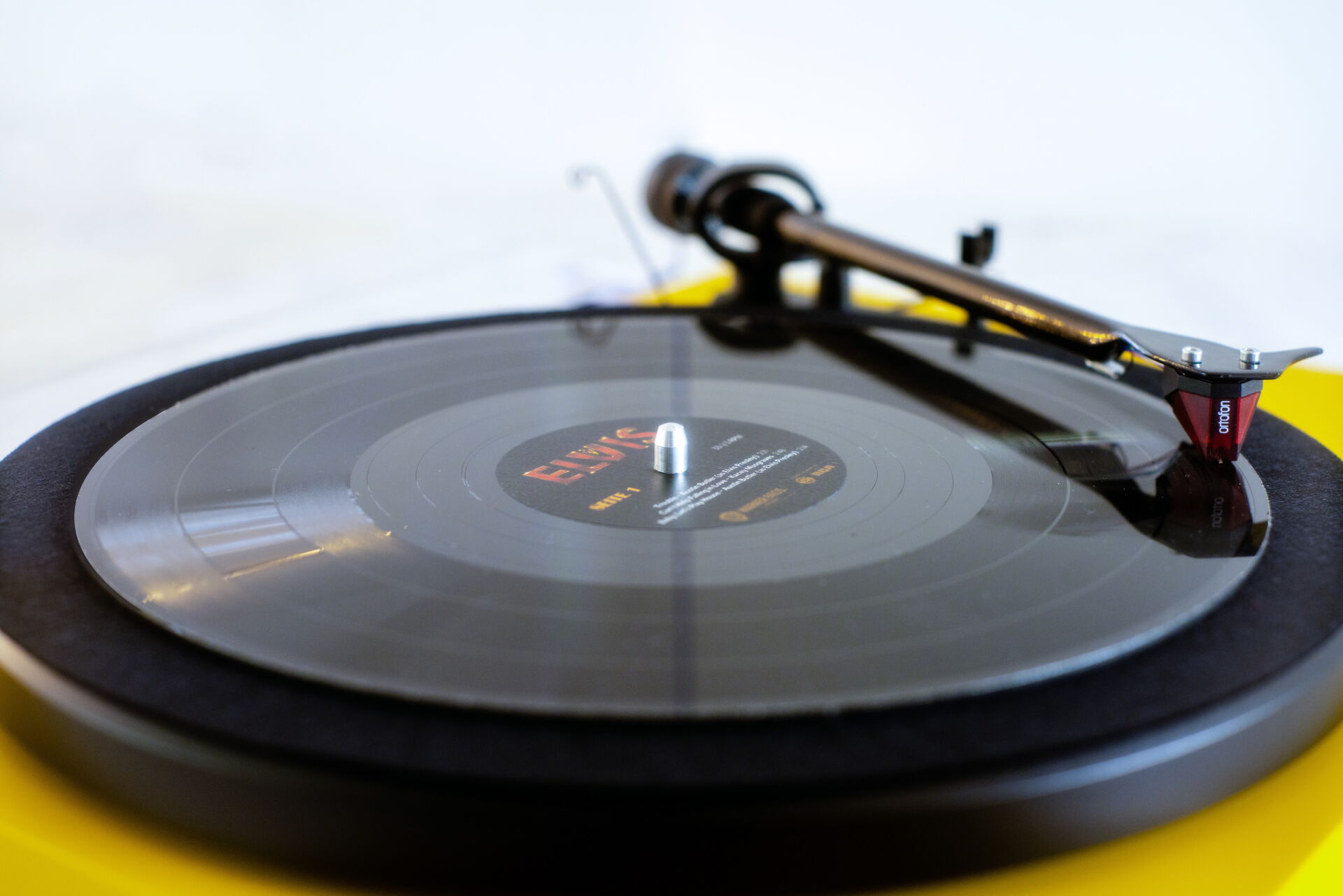 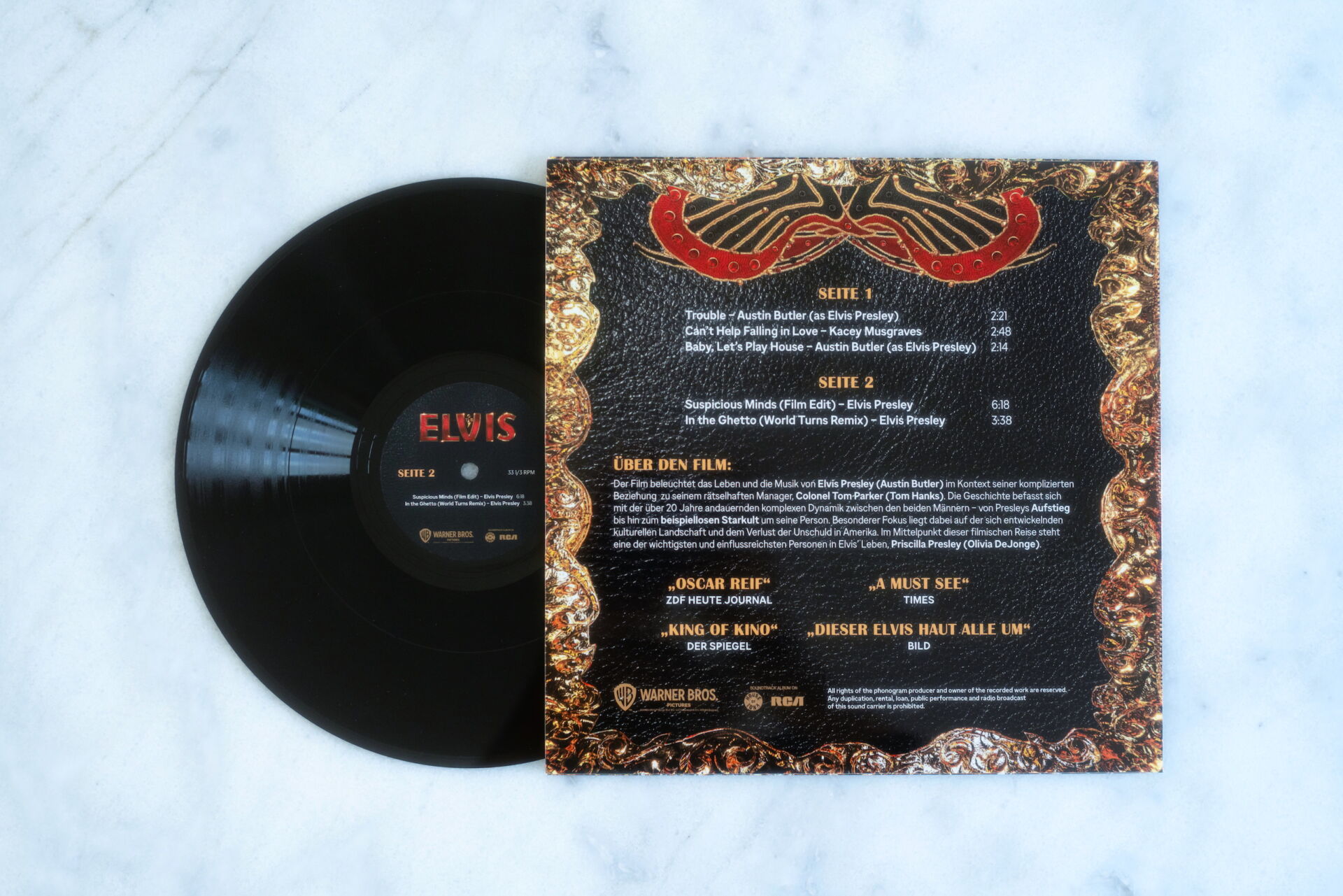 A Limited Vinyl Record Edition for the King

To promote the home entertainment release of the musical drama biopic ELVIS, we designed and produced limited edition vinyl records inspired by the film. Each one was cut by hand and included five tracks from the iconic motion picture soundtrack. The records were gifted to selected influencers in Germany.